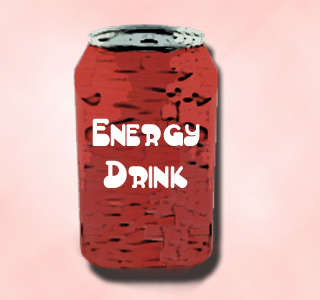 According to a new study, people with high blood pressure or heart diseases should avoid consuming energy drinks as it may be harmful for them. People suffering with heart related functions are said to be wary of consuming such drinks. This revelation was made by the Henry Ford Hospital.

It was reported that per day consuming about two cans of a popular energy drink could lead to increase in blood pressure and heart rate in healthy adults. James Kalus, Pharm.D., senior manager of Patient Care Services at Henry Ford Hospital and lead author of the study says that although the increase in blood pressure and heart rate were not harmful for healthy adults, it may be harmful for people with heart-related conditions. It was further stated that no major changes in the electrocardiogram measurements were noticed.

Dr. Kalus says that, “Based on our findings, we recommend that people who have hypertension or heart disease and are taking medication for them to avoid consuming energy drinks because of a potential risk to their health.”

The study investigators analyzed around 15 healthy adult participants who were asked to refrain from other forms of caffeine prior to and throughout the study. A baseline measurement of blood pressure, heart rate and electrocardiogram were said to have been taken on the commencement of the study. Following which, the participants were asked to consume about two cans of an energy drink. Study investigators gauged the participants’ blood pressure, heart rate and electrocardiogram again after a period of 30 minutes. All these factors were again measured at intervals of one, two, three and four hours after the consumption of energy drinks. It was also stated that the participants’ were asked to consume two cans of energy drinks for the next five days, as well.

On the seventh day of the study, the procedure used on the first day was again repeated. The average baseline measurements were said to have been compared to the measurements obtained after the consumption of the energy drink. It was observed that there was an increase in the heart rate and blood pressure of the participants. Therefore, it was concluded that the consumption of energy drinks may be linked with an increase in heart rate and blood pressure.