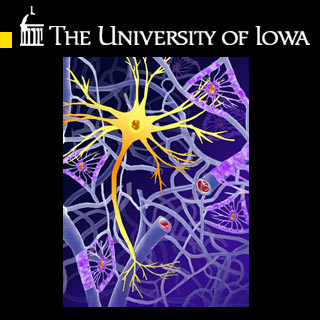 It may be usually seen that a blood brain barrier is apparently considered to be an impediment when carrying therapies from the blood stream to the brain. Nevertheless, a research from the University of Iowa has apparently found a way to convert the blood vessels enclosing brain cells into a production and delivery system for supposedly getting therapeutic molecules directly into brain cells.

The UI team apparently discovered that these diseases may cause exceptional and disease-specific modifications to the blood vessels of the blood brain barrier. This was found out by working with animal models of a group of fatal neurological disorders known as lysosomal storage diseases. These different modifications were apparently used to aim the brain with gene therapy, which supposedly reversed the neurological harm caused by the diseases. This research may result in a new non-invasive approach for treating neurological damage which may be due to lysosomal storage diseases.

Lead investigator Beverly Davidson, Ph.D., UI professor of internal medicine, neurology, and molecular physiology and biophysics, commented, “This is the first time an enzyme delivered through the bloodstream has corrected deficiencies in the brain. This provides a real opportunity to deliver enzyme therapy without surgically entering the brain to treat lysosomal storage diseases. In addition, we have discovered that these neurological diseases affect not just the brain cells that we often focus on, but also the blood vessels throughout the brain. We have taken advantage of that finding to delivery gene therapy, but we also can use this knowledge to better understand how the diseases impact other cell types such as neurons.”

Approximately about 1 in 8,000 live births are apparently affected by Lysosomal storage diseases. These diseases may be rare individually but they could affect as a group. Deficiencies in enzymes that may break down larger molecules are the reason why these diseases may be caused. Without these enzymes, the large molecules may gather within cells and could be the reason for cell damage and destruction.

One form of lysosomal storage disease known as Gaucher disease has apparently been treated successfully by enzyme replacement theory. Nevertheless, storage diseases that might affect the central nervous system may remain untreatable as it has apparently not been likely to get the lost enzymes past the blood-barrier and into the brain.

Davidson, who also is the Roy J. Carver Professor in Internal Medicine, commented, “Our discovery allowed us to test the idea that the brain cells might be able to make use of the reintroduced enzyme to stop or reverse the damage caused by the accumulated materials. In the treated mice, the affected brain cells go back to looking normal, the brain inflammation goes away and the impaired behaviors that these mice have is corrected.”

The team apparently altered a disengaged virus used for gene therapy so that the virus may express copies of the exclusive brain-targeting peptide on its outer coat, and also supposedly approved the genetic blueprint for the lost enzyme.