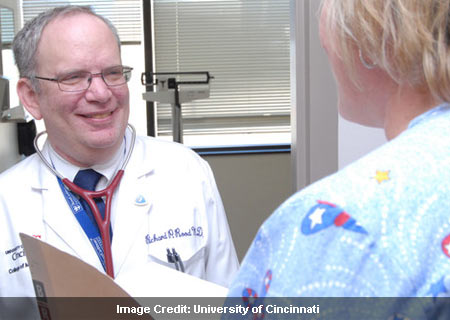 One has to keep these habits in check. Excessive amount of smoking and drinking may affect a lot more than just the liver or lung.

“Studies have shown that alcohol consumption and smoking cigarettes are important risk factors for bowel cancer. Although a glass of eggnog or wine and a cigarette during the holidays aren’t going to instantly give you cancer, excessive use of these products can cause harmful effects, and with repeated casual utilization, there’s a chance of forming unhealthy habits that can lead to continued use,” commented, Richard Rood, MD, the UC Health digestive diseases expert.

Rood mentioned that numerous studies have demonstrated that individuals who have over seven drinks per week seem to contain a 60 percent bigger threat of suffering from cancer as opposed to non-drinkers. He is of the opinion that smoking, obesity and diabetes are apparently also linked to a 20 percent larger danger of developing bowel cancer.

Rood remarked, “Colorectal cancer is the fourth most common form of cancer in the United States and the third leading cause of cancer-related death in the Western world. If left untreated, it is fatal, but it is easy to treat in its early stages. Diagnosis and treatment are crucial.”

He believes that people ought to inquire about recommended screenings for bowel cancer based on their threats and that each person above 50 is apparently supposed to get a colonoscopy done.

Rood adds, “If nothing is identified, the colonoscopy should be repeated every 10 years.”

Moreover, he is of the opinion that individuals with a family past of colon polyps or colon cancer supposedly ought to start their colonoscopy screening when they are 40 years at the latest. Apparently, this procedure is said to be repeated at least for every five years, unless there is a family record of inflammatory bowel disease, counting ulcerative colitis and Crohn’s disease, which appears to augment a person’s probability to suffer from bowel cancer.

Rood believes that that the most terrifying element about colon cancer is that there appears to be no symptoms or indications of its arrival.