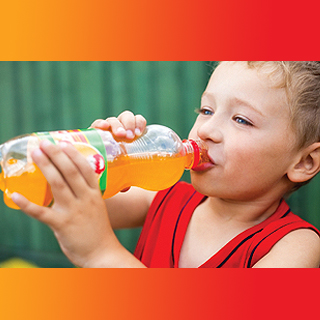 Childhood obesity is said to be a major problem faced by the world today. Different measures have been taken to curb this menacing issue. A Yale School of Public Health study claims that attempts to curtail childhood obesity via school vending machine restrictions and making soft drinks more costly with low levels of supplementary taxation did not seem to have any effect on obesity.

Study authors examined whether the two policy methods have illustrated what several consider as a childhood obesity epidemic that has been fueled, in part, by increasing intake of soda and other sugar-based beverages. The experts from the study mentioned that evidence seemed to exhibit that as presently practiced, neither public health policy appears to be working.

Lead author Jason M. Fletcher, Ph.D., an assistant professor in the Yale School of Public Health, commented, “Our strongest finding is that current policies of low soda taxes and incremental soft drink restrictions do not lead to any noteworthy weight reductions in children. However, it remains possible, and perhaps likely, that more comprehensive policies such as higher taxes and a complete ban on sodas at school could work.”

Fletcher and co-authors David Frisvold of Emory University and Nathan Tefft of Bates College mentioned that children did not appear to be discouraged by vending machine prohibitions. They apparently receive high-calorie substitutes or go for soft drinks somewhere else. In schools that let access to soft drinks, roughly 86 percent of the students accounted for intake within the past week. In schools devoid of access, approximately 84 percent of the students still drank the beverages.

The study authors also discovered that any augment in soda taxes would have to be significant to create a difference. They are of the opinion that boosting the tax to 6 percent, which is more than double the present rate, could lead to just a minute drop in weight. The occurrence of obesity in children ages 6-19 appeared to have roughly increased three-fold since the late 1970s.

Several health professionals are of the opinion that soda consumption could be one of the factors propelling this change. Soda consumption seems to have augmented 500 percent in the past 50 years. It is now claimed to be the single biggest category of calories for children, even exceeding milk.

The study was published in Health Affairs.