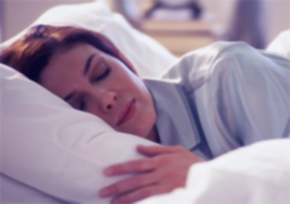 A new research has revealed that sleep deprivation puts women’s health at a greater risk than men’s making the former more susceptible to hypertension.

The study was carried out by researchers at Warwick Medical School at the University Of Warwick, Britain. It involved 5,766 volunteers out of which 4,199 were men and 1,567 were women both of whom were from 20 London-based civil service departments.

For the study, the researchers looked at men and women sleeping less than or equal to five hours a night to see if their risk of developing hypertension was any higher than men and women getting the recommended seven hours of sleep at night.

After examining the participants, the researchers found that those women in the study group who slept less than or equal to five hours a night were twice as likely to suffer from hypertension than women who slept for the recommended seven hours or more a night.

They found no difference between men sleeping less than five hours and those sleeping seven hours or more.

Professor Francesco Cappuccio from the University of Warwick’s Warwick Medical School led this research. He stated that women sleeping less than five hours a night should try to get more sleep.

“Sustained sleep curtailment, ensuing excessive daytime sleepiness, and the higher cardiovascular risks are causes for concern. Emerging evidence also suggests a potential role for sleep deprivation as a predictor or risk factor for conditions like obesity and diabetes,” Cappuccio said.