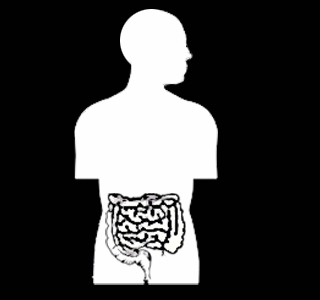 Anyone who has been a victim to constipation or irregular bowel movements knows the perils of the same. They are quite common problems and numerous home-made as well medical prescriptions are available to cure them, including prune juice and fiber supplements. If you are not a fan of these solutions then here is a new research that claims to cure a case of constipation.

A new research has provided a novel way that eases away bowel movement-related issues. Researchers claim of having found a group of nerve ending receptors, which on stimulation may cause the bowels to pass waste. It is reported that they have also found the specific receptor needed to activate bowel clearance. Chemicals that work along with these receptors were said to have been tested and apparently these chemicals could help in the development of new laxatives. It is hoped that the receptor could also help in the designing of new drugs to treat constipation.

Two groups of mice were reportedly used in the research. The research focused on a type of receptor present in mice that also happens to be present on human nerves in the gut. These nerves are a kind of adenosine receptor. The first group of mice were said to have normal receptors on these nerves and they also experienced normal bowel movements. The second group of mice were said to lack these receptors and simultaneously, they showed signs of constipation.

Initially, simple experiments were said to be conducted such as comparing the wet weight, dry weight, and water content in the stools of both groups. The next set of experiments were said to involve making the mice drink a dye not absorbed by the body. This was done to check whether the dye was passed or not passed by the mice. Additionally, researchers were said to separate the nerve cells from the bowel using microscopic lasers. This was done in order to accurately determine the location of the receptors. Later, various chemicals that could either inhibit or activate the nerve receptors were tested.

There are many reasons why these findings are interesting. This research is said to offer an answer to solve constipation problems commonly occurring among infants and the elderly. Another reason why this research is compelling is because it is said to offer concrete evidence that these adenosine receptors control bowel function. This discovery may lead to finding better agents to relieve irregular bowel movements.

This research was published online in The Faseb Journal.