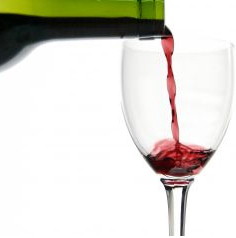 British researchers will test Resveratrol, a drug based on the ‘magic ingredient’ in red wine that offers hope to cure the diseases of ageing.

A version of resveratrol, SRT501, is also being tested in India for diabetes and several versions of the drug are also in the pipeline.

The study found that reducing calories by 40 per cent prolongs lifespan by 50 per cent or more – in yeast, mice, rats and every other species so far tested.

In 1999 David Sinclair, at Harvard, showed that a single gene, SIRT1, controlled ageing process. More work revealed that resveratrol activates the gene, explaining why red wine is good for health.

Dr. Sinclair, who is now a director of Sirtris Pharmaceuticals, based in Cambridge, Massachusetts, with Joseph Baur and others, showed that in mice the adverse effects of a high-calorie diet could be reversed by resveratrol.

Sitris has developed a more powerful version of resveratrol, SRT501¸to that can be effective for treating degenerative disease, diabetes

In mice and rats, SRT501 cuts weight gain in animals fed on calorie-rich diet. When combined with Met-formin, a diabetes drug, it makes mice run faster than their other mates.

This happens by increasing the production of mitochondria, which are tiny powerhouses that increase muscle power.

In the Newcastle trial has been set up. 30 patients with a progressive and fatal genetic disorder called Melas (mitochondrial encephalopathy, lactic acidosis, and stroke) syndrome, will participate.

“Symptoms vary greatly from patient to patient. Some are benign, others devastating,” Patrick Chinnery, Professor of Neurogenetics at the University of Newcastle upon Tyne and a specialist in mitochondrial diseases, who is running the trial, said.