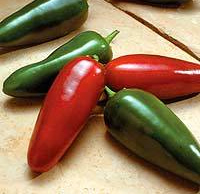 Currently, the world’s hugest and hottest work in the field of anesthesiology is being done at Harvard. Capsaicin, the compound that gives jalapeno and habaero peppers their pungency is being researched as an effective pain-number.

Scientists at Harvard Medical School and Massachusetts General Hospital today have described a new approach to anesthesia that uses the active ingredient in chili peppers as part of a smart recipe to block pain neurons.

More importantly, this technique does not cause the numbness or even the partial paralysis that happens to be the side-effects of traditional anesthesia used for surgery.

Now, if this ingenious method is approved for use in humans, it could significantly ease the trial of giving birth, by sparing women pain while allowing them to physically participate in the whole process of labor.

What’s more; it could also diminish the trauma of knee surgery or the discomfort experienced when one gets their molars drilled.

While thinking about how to selectively target pain neurons, neuroscientist Bruce Bean at Harvard Medical School came across recent work on capsaicin, which binds to and opens so-called TRPV-1 channels on the surface of pain-sensitive neurons. Popping the TRPV-1 hatches allows positively charged ions into the neuron and prompts it to fire. But Bean noticed that the pore through the TRPV-1 channel was unusually wide–perhaps even wide enough to let an anesthetic drug through.

Bean teamed up with Harvard colleagues Alexander Binshtok and Clifford Woolf to test the idea in mice, using a drug called QX-314.

Like other local anesthetics, the drug blocks sodium channels, but only if it can get inside a cell, which it can’t do on its own. So it was no surprise that QX-314 alone injected near the sciatic nerve made no difference in mice’s responses to a painful poke or heat applied to a hind limb.

However, when the researchers followed QX-314 with an injection of capsaicin to open the TVPR-1 channels, mice withstood more poking or heat before withdrawing their paw, an analgesic effect that lasted about 90 minutes.

Moreover, this two-injection treatment did not impair hind limb movement, as did injections of lidocaine, a conventional, membrane-crossing local anesthetic.

“It’s a very simple but elegant idea,” says David Julius, a neurophysiologist at the University of California, San Francisco. Even so, Julius cautions that there’s no guarantee that the method will work well in people. One question, he says, is whether the QX-314 injection would sufficiently blunt the burning pain of capsaicin. Bean says he plans to investigate other sodium channel blockers that might do the job more effectively than QX-314.

Click here to head to a feature exclusively on anesthesia.