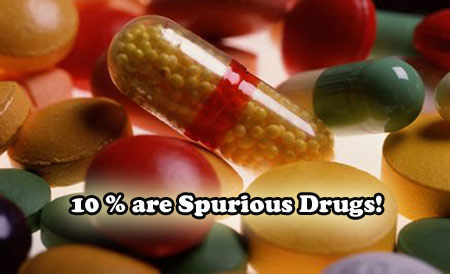 The Irish Patients’ Association has said that more than 560,000 fake medicines were seized at the European Union’s borders in 2005, a 100 percent increase from 2004.

Stephen McMahon, chairman of the Irish Patients’ Association in Dublin, Ireland, said 20 percent of patient advocacy groups surveyed said they have received reports of counterfeit medicines from their members — or from the public.

“The World Health Organization estimates that up to 10 percent of all medicines are counterfeits, rising to 25 percent in some countries. This is a serious issue. We know thousands of men, women and children have died from fake medicines,” McMahon said in a statement.

“My grave fear for patients everywhere is that the estimated seizures of medicines are no more than a few hours’ production capacity in the $35 billion a year counterfeit medicine pipeline. Be vigilant, let us all work together to combat this vile trade,” he added.

Fake medicines may include medicines from untraceable sources, with incorrect or no patient information leaflets, or containing ingredients that are a long way from what the doctor prescribed or the innocent patient believes they are taking, McMahon said.