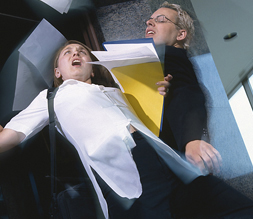 A study conducted at the Indiana University provides strong evidence of the fact that prenatal exposure to alcohol causes conduct problems in children.

The study involved 4,912 mothers and 8,621 of their offspring and documents the connection between the mothers’ moderate drinking during pregnancy and later conduct problems in the children they carried while drinking.

Conduct problems include such behaviors as intentionally breaking things, bullying, cheating and lying.

The study which was led by Brian D’Onofrio, assistant professor in IU Bloomington’s Department of Psychological and Brain Sciences, found that conduct problems in children increased for each additional day of the week on average that the mother drank while pregnant.

D’Onofrio said the study was able to rule out a host of other explanations for the conduct problems in part because the study included multiple children per mother, which allowed researchers to look at siblings who were exposed differently to alcohol prenatally because their mothers varied their drinking during different pregnancies. T

he study found that children more frequently exposed to alcohol during pregnancy had more conduct problems than their siblings who were exposed to less prenatal alcohol.

D’Onofrio and his co-authors wrote that prevention efforts should continue targeting alcohol consumption during pregnancies.

What’s most concerning now is that a large number of women in their child-bearing years are drinking when they don’t realize that they’re pregnant,” D’Onofrio said

The study has been titled “Causal Inferences Regarding Prenatal Alcohol Exposure and Childhood Externalizing Problems.