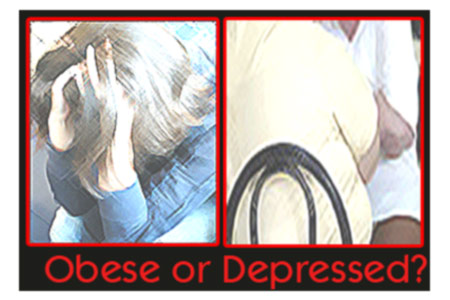 The research led by Sarah M. Markowitz, M.S., and her colleagues made an attempt to find the connection between obesity and depression. The investigations tried to examine the co-relation between the two data and the findings showed causal pathways from obesity to depression and vice versa.

People who are overweight are prone to become depressed as they are undergoing poor health and feel awkward with their appearance in front of others. Such incidence is mostly evident among women and that too people with high socio-economic status.

Some other problems for people who are depressed which make them put on more and more weight, are due to the physiological changes in their hormone and immune systems which is the reason for the development of depression. Even more hurdles would be faced by them in taking care of themselves like for example they would be adhering to fitness regiments, overeating, and having negative thoughts, all these resulting from depression.

The solution to this problem is that such people should undergo some treatments like exercise and stress reduction programs which would combat both obesity and depression at the same time. Moreover, dieting doesn’t give good results; it worsens the mood of a person and they might take some antidepressants which results into weight gain.

“The treatment of depression and obesity should be integrated,” the authors conclude. “This way, healthcare providers are working together to treat both conditions, rather than each in isolation.”

The study has been shown in a review of Clinical Psychology: Science and Practice.