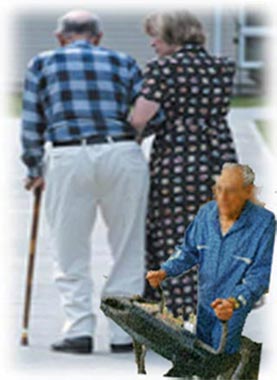 An introductory analysis by US researchers suggests that physical fitness retains the advancement of Alzheimer’s disease. In early stage Alzheimer’s disease, the brain was less likely to shrink in those men and women who exercised regularly as compared to their less fit counterparts. Probes on mental performance, nonetheless did not show any prominent difference.

A study of total 121 people, 57 in early stages of Alzheimer’s disease and 64 without dementia, all aged over 60 was published in the journal Neurology. To research the progress of the illness, volunteers were MRI scanned and had to hit the treadmill for a fitness test. The investigation revealed a reduction in the risk of dementia by exercising regularly, along with a decrease in the brain changes such as cognitive deterioration of older adults without dementia due to the normal process of aging.

Author Dr. Jeffrey Burns, director of the Alzheimer’s and Memory Program at the University Of Kansas School Of Medicine in Kansas City explained,” “We’re interested in how exercise impacts the Alzheimer’s disease process. There’s a lot of data in normal older adults that exercising and fitness may have a beneficial effect on brain health, but there’s not a lot on Alzheimer’s in terms of studies to draw on to inform our recommendations for exercise and fitness,. We’re interested in better defining that relationship. We used an objective, gold-standard measure of fitness which hadn’t been assessed in Alzheimer’s patients yet, cardio respiratory fitness, or VO2 peak, where we basically measure how much work someone is capable of doing at their peak, how much oxygen they’re consuming is a measure of how physically fit they are.”

The findings may indicate a crucial similarity between certain processes that affects both cardio respiratory fitness and brain atrophy. Measuring the shrinkage of the brain using MRI scans, it was further revealed that the VO2 peak was little lower in patients with Alzheimer’s compared to normal people. In addition, the extent of brain shrinkage in people with Alzheimer’s who are less physically fit is quadrupled.

A possible explanation of the study is a yet unknown factor which underlies both Alzheimer’s related brain atrophy and physical fitness. With an alarming growth in the proportion of older people developing this condition, changing lifestyles by having a balanced diet and staying physically fit may reduce the factors that affect the risk of dementia and Alzheimer’s disease in later years.