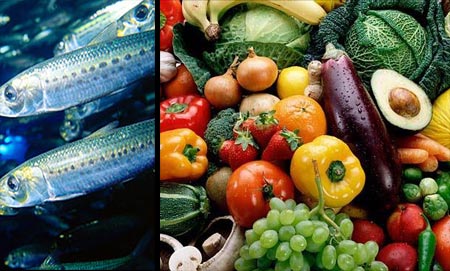 Young ones who turn up their noses to fish and fruits may actually be worsening their lung functioning. A new research on asthma and diet shows that teens with poor diets may be more likely than their peers to have asthma symptoms.

The findings are based on a study of around 2100 American and Canadian teens. It was found that there was an association between good lung function and levels of dietary intake of fruit and fish rich in omega-3 fatty acids.

According to the researchers, teens that ate less of these foods had higher rates of asthma, wheezing and symptoms of chronic bronchitis such as cough and phlegm.

The research is led by Jane Burns and her colleagues at the Harvard School of Public Health in Boston, who surveyed and tested 2112 12th-graders from the United States and Canada over a course of one year.

The research finds that one-third subjects had dietary shortfalls when it came to consumption of fruits, vegetables, vitamins A and E, beta-carotene and omega-3 fatty acids.

Burns said that the antioxidant properties in vitamins C and E found in fruit likely protect cells lining the airways, resulting in lower average lung-function scores. And those who had low intake of omega 3 fatty acid-rich foods, especially fish, are 37 percent more likely to have increased levels of chronic bronchitic symptoms.

“This is a time in their lives when they should all have good lung function, and they may not be obtaining optimal lung function. This may affect their lung function later in life,” Burns warned, “Don’t be surprised in your 20s and 30s if you had those problems earlier on.”

“I think vitamin supplements are fine. I think adding vitamin D to orange juice is fine. I do think there are benefits that we don’t fully understand to eating whole foods like fruits and vegetables and fish,” she added.