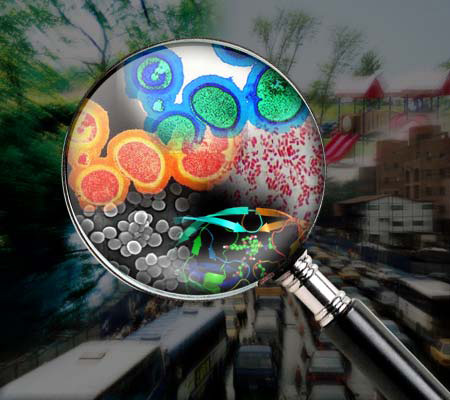 A typical phenomenon at your neighborhood clinic:
You have been afflicted by a rather annoying bout of the common cold so you visit your family doctor. Just as he is about to put his mighty pen to paper, you tell him to give you a strong dose and/or an antibiotic. The doctor obliges and two days later you are back to normal, swearing by the good doctor and the miracle of medical science.

Alternately, a friend/relative/acquaintance recommends a particular medicine that served him/her well or you find an old bottle in the cabinet and you to say to yourself, ‘What’s wrong in trying?’

Another scenario, the doctor is struggling to establish his newly set-up practice, with his educational loan dues rising ever higher. He needs a loyal breed of patients who’ll go to him at the first sign of a hiccup. And we are not even beginning to comment on the promotional strategies of Pharmaceutical companies et al.

What we are all doing here, knowingly or otherwise, is contributing to the specter of Drug resistance, which is one of the major challenges for public health in the modern era.

Drug resistance is decrease in efficacy of a drug in killing or inhibiting growth of pathogens and thus improving patient’s health.

Incidence:
It occurs in bacteria, parasites, fungi, viruses and also cancer cells, most prominent of these being anti-biotic resistance. Most critical are Malaria, Tuberculosis, AIDS, STDs (sexually transmitted diseases) and respiratory tract infections as these are widely occurring and cause high mortality and morbidity.

How does it occur?
When a population of infecting bacteria is exposed to the drug administered, most of the cells die out depending on the dosage and efficacy of the drug.

Rates of mutation are very high in bacteria and chances are; from a population of a million cells, a few develop a mutation which makes them immune to the drug or a certain threshold concentration of it. These cells are now the only ones that have survived and propagate their own kind. In a few life cycles which may not total up to more than a day, a whole new population of resistant bacteria develops.

These can re-infect the patient complicating the case or spread to others.

Spread:
Now this is a natural phenomenon and is bound to occur in all circumstances. However, the more pathogens come in contact with the drug higher the chances of resistance developing. Both overuse and underuse contribute to it.

Nowhere has drug resistance been better documented than in case of MRSA – Methicillin Resistant Staph Aureus. It occurs nosocomially, i.e. in hospital environment. With high concentration of infection and drug administration and high traffic of people, hospitals are the ideal environment for emergence and spread of resistant organismsms.

Peniciliin, the miracle drug of World War II, was so widely used that by the 1950s, resistant strains were noticed. In 30 years, these became 100% resistant.

Livestock feeds are dosed with heavy amount of antibiotics; the logic being, fewer infections-better yields. Resistant forms thus developed reach the masses through the food often leading to outbreaks of epidemic proportions.

In unregulated markets like India, many generic versions of anti-infective drugs are sold over the counter without prescription. Eg: the antituberculosis drug isoniazid is sold as “lung vitamin”!

With increased globalization leading to global travel and export of food articles, drug resistance quickly spreads around the world. This is very evident from the speed with which new drugs loose their efficacy.

Genetic diversity and flexibility of micro-organisms can never be caught up with. The HIV virus is believed to mutate once in every two life cycles. At this rate, within a few months of treatment, the virus becomes resistant to all available drugs. Besides mutations, micro-organisms also transfer genetic material in the form of plasmids. Often plasmids carry the genes necessary for drug resistance. A strain carrying multiple such plasmids may very well be resistant to more than one drug; i.e., multi-drug resistance. With the right combination, a “SuperBug” would emerge that would be resistant to nearly all available drugs. Because of its survival advantage, it would fast spread all over.

It can cost up to $1 billion and a decade in research, clinical trials and litigation for a big Pharmaceuticals company to introduce a new molecule. However, with the rate of growing drug resistance, no impetus is present for companies to make such huge investments. Smaller companies can’t undertake projects of such magnitude. Such companies usually sell generic versions of the same drug, mostly at lower prices. In India, Amoxycillin is marketed under 200 different brand names! The sales push of this intense competition further increases indiscriminate use.

As the spread of resistance far outpaces the introduction of newer antibiotics, we are left with fewer and fewer effective drugs as time progresses.

Cost:
The first and most direct result is increased hospitalization time and healthcare costs. 60% of hospital acquired infections are drug resistant. In the US, the extra cost of treating drug resistant varieties is estimated at $10 billion per year. Implications on gross productivity of a nation due to morbidity and mortality are also huge.

To you and me who take medication for the common cough and cold, it may not seem like so much of a calamity because the repercussions to an individual are not so apparent. But on a large scale, drug resistance will eventually affect everyone on the planet.