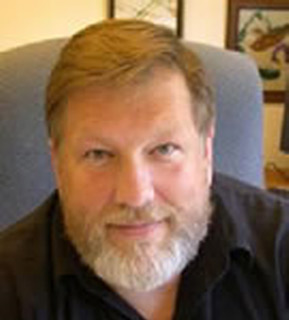 New causes of depression are found every day. Well here is one more. A new study in mice claims that too much light at night could result in symptoms of depression. The experts discovered that mice housed in a lighted room 24 hours a day displayed additional depressive symptoms as compared to similar mice who had standard light-dark cycle.

Nevertheless, mice that lived in steady light, but could getaway into a dark, solid tube when they required exhibited fewer evidence of depressive symptoms as opposed to mice that had 24-hour light, but only a clear tube in their housing.

Laura Fonken, lead author of the study and a graduate student in psychology at Ohio State University, commented, “The ability to escape light seemed to quell the depressive effects. But constant light with no chance of escape increased depressive symptoms.”

The outcomes proposes that more thought requires to be given on how false lighting impacts emotional health in humans, as per study co-author Randy Nelson, a professor of neuroscience and psychology at Ohio State.

Randy Nelson mentioned, “The increasing rate of depressive disorders in humans corresponds with the increasing use of light at night in modern society. Many people are now exposed to unnatural light cycles, and that may have real consequences for our health.”

Around 24 male laboratory mice were included in the study. About half of them were kept in light for 16 hours a day and darkness for 8 hours, while the other half apparently had 24 hours of light. It was seen that half of each group had opaque tubes in their units that allowed them to get away from the light when they chose. The other half had alike tubes that were clear and permitted the light in.

After three weeks, a sequence of exams that are used to gauge depression and anxiety in animals were started in those mice. Quite a few of these tests are the same ones used by pharmaceutical companies to check anti-depressive and anti-anxiety drugs in animals before they are utilized in humans.

One depression test, for instance, calculated how much sugar water the mice drank. Mice usually enjoy the drink, but those with depressive-like symptoms may not drink as much, most probably since they don’t get as much enjoyment from activities they typically like. In all the examinations, mice kept in continuous light with no possibility to flee displayed more depressive-like symptoms as compared to mice with normal light-dark cycles.

In few of the tests, mice that had tubes where they could getaway from the constant light apparently exhibited no more depressive-like symptoms as compared to mice kept in normal light-dark cycles. Unpredictably, the outcomes supposedly displayed that as opposed to the other mice, those that were kept in constant light in fact showed lesser levels of anxiety and lower levels of corticosterone, a stress hormone connected to symptoms of anxiety.

That was unforeseen as anxiety and symptoms of depression frequently go together in humans. Nevertheless, there could be numerous likely reasons why the connection wasn’t discovered in this study. The mice were first examined for corticosterone following two weeks in continuous light.

Nelson remarked, “That means they had been exposed to a possibly stressful environment for two weeks, and they may have simply adapted to the conditions and had a lowered stress response by that time.”

Also, corticosterone concentrations may usually fluctuate as a consequence of the light-dark cycle, and the mice no longer had those signals while living in continuous light. Furthermore, these mice are nocturnal and they were being examined when they usually would have been asleep, a time when corticosterone levels are normally at their lowest.

The experts are now examining animals that are diurnal to observe if the outcomes are different. In general, the results apparently offer extra proof that the use of false light at night may have damaging effects on health.

The study was presented at the annual meeting of the Society for Neuroscience. The study will also appear in the December 28, 2009 issue of the journal Behavioural Brain Research.