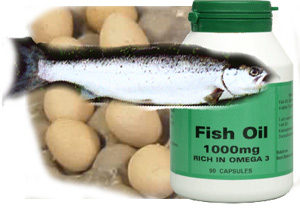 According to a study published yesterday, diet with rich servings of fish, nuts and seeds rich in nutrients called omega-3 fatty acids can help lower a person’s blood pressure.

According to Dr. Jeremiah Stamler, professor of preventive medicine at Northwestern University in Chicago, who worked on the study, “A large percentage of people between ages 20 and 60 have a rise in blood pressure, and by middle age many have high blood pressure,”

“We’re looking at dietary factors that may help prevent that rise, and omega-3 fatty acids are a small, but important piece of the action,” Stamler said.

The study looked at diet and its relation to blood pressure in 4,680 men and women, ages 40 to 59, who lived in Japan, China, Britain and the United States.

They all provided in-depth details about their diets and alcohol consumption, gave urine samples and had their blood pressure measured twice at each of four study visits.

Researchers then adjusted for 17 variables known to influence blood pressure such as age, gender, weight, salt intake and exercise.

“With blood pressure, every millimeter counts. The effect of each nutrient is apparently small but independent, so together they can add up to a substantial impact on blood pressure,” said Dr. Hirotsugu Ueshima of Shiga University of Medical Science in Otsu, Japan.

“If you can reduce blood pressure a few millimeters from eating less salt, losing a few pounds, avoiding heavy drinking, eating more vegetables, whole grains and fruits (for their fiber, minerals, vegetable protein and other nutrients) and getting more omega-3 fatty acids, then you’ve made a big difference,” Ueshima said.

When it comes to omega-3 fatty acids, not all fish or nuts are equal. Fatty fish such as trout, salmon and mackerel are rich in this crucial group of nutrients.

Walnuts, flaxseed and canola oil are also good sources of omega-3 fatty acids. The study found that people who got their omega-3s from these sources had just as much benefit as those who get them by eating fish.

Omega-3 fatty acid intake has also been linked to better brain development and a lower overall risk of cancer and heart disease.