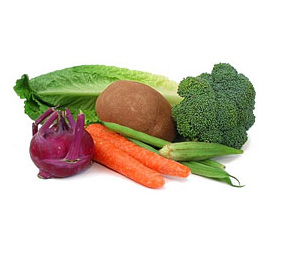 A study has suggested that eating a rich diet filled with leafy green vegetables may cut heart damage in the event of heart attack.

Researchers in the US said that eating at least five portions of fruit and vegetables a day is an essential part of a healthy and balanced diet and helps reduce risk of cancer, heart disease and several other conditions.

The lab tests on mice by Nathan Bryan of the University of Texas Houston Health Sciences Centre and David Lefer of New York’s Albert Einstein School of Medicine found that the chemical compounds nitrites and nitrates present in certain foods including leafy greens vegetables may cut heart damage in a heart attack.

As part of the lab test, some mice got water laced with nitrites and nitrates for a week while another group got ordinary drinking water for the same time.

After a week, the researchers gave the mice an induced heart attack in order to see how their hearts fared.

The hearts of mice in the nitrite or nitrate groups suffered less damage than mice that drank plain water in the week before the induced heart attack, reported the online edition of health Magazine WebMD.

Dietary sources of nitrites and nitrates included cauliflower, spinach, collard greens, broccoli, meat as well as meat products. The scientists are now going to study the effects in humans.

Changes in white matter may foresee the risk of developing dementia