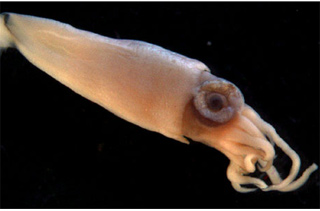 Chemists at the University of Otago have patented a gel derived from the squid, which they claim can help to reduce both bleeding as well as scarring during a surgery.

It was revealed by professor Brian Robinson that he actually started developing this squid gel only after his son Simon, asked him to do so. Simon is a surgeon based in Wellington, New Zealand.

The operation leaves about a third of patients with a type of scarring known as “adhesions”, which can block sinus passages and require further surgery.

Professor Robinson has revealed that university chemists decided to try using a chemically modified form of the polymer chitosan, derived from the body part of squid and crabs.

“We were lucky. The first thing that we tried worked,” he said.

University of Adelaide researchers have tested the gel on sheep, which have a similar sinus structure to humans.

The researchers have also conducted a small patient trial, and now plan to undertake larger ones.

So far as using the gel is concerned, the researchers have revealed that they mix ingredients from two tubes and spray it into the patient’s nose. The gel then forms a thick, sticky layer, which gradually leaves the nose over two days.

As it reduces bleeding during surgical procedures, doctors can have a better view of what they are doing.

Professor Robinson has revealed that despite being made from a fish extract, the gel does not smell.

“It’s really a very exciting product which may have a profound effect on a lot of people around the world, not only for the sinuses but other surgery,” he said.