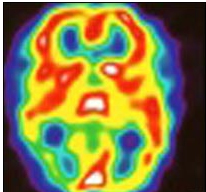 According to a new study by researchers from the Massachusetts General Hospital,
people who suffer from migraines have certain differences in the structure of their brains as compared to those who do not suffer migraines.

Migraines are severely painful headaches that sometimes cause complications like nausea, vomiting and even photosensitivity as well as sensitivity to sound. Usually migraines are hereditary, but women are three times more likely to suffer migraines as compared to men.

“The more we understand about the pathophysiology of migraine, the better we will be able to design drugs that work. At the moment, there is no drug for prevention that works well,” said lead researcher Dr. Nouchine Hadjikhani of Massachusetts General Hospital.

Dr. Hadjikhani added that the study explained why people with migraines suffered from pain in other regions like the back or the jaw. The details of the study appear in the latest issue of the journal Neurology.