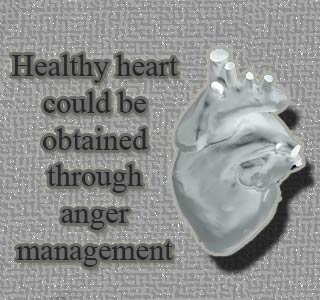 A latest study says that electrical changes in the heart taking place due to anger, can predict the occurrence of arrhythmias in patients using implantable cardioverter-defibrillators (ICDs).

Sudden cardiac arrest can be credited for more than 400,000 deaths taking place annually. Earlier studies had linked the period of high population stress like war or earthquake with an increasing number of sudden cardiac deaths. However, the present study is said to provide the first proof stating that the changes brought about by strong emotions like anger, could serve as a biomarker for arrhythmias. Also stating that these emotion induced changes could trace mental strain to sudden cardiac death.

Rachel Lampert, MD, FACC, associate professor, Yale University School of Medicine, says that, “It’s an important study because we are beginning to understand how anger and other types of mental stress can trigger potentially lethal ventricular arrhythmias, especially among patients with structural heart abnormalities.”

The study investigators assessed more than 60 ICD using patients. These patients were monitored while undergoing a mental stress test. For the purpose of the mental test, the subjects were asked to recollect an incidence where they were angry or aggravated. The T-wave alternans (TWA), a measure of the heart’s electrical stability of the patients were gauged through this test.

These patients were kept an eye on for an average period of about 37 months. Dr. Lampert says that, “We know strong emotion increases sympathetic arousal. In this study, we found patients with higher levels of anger-induced TWA were more likely to experience arrhythmias requiring ICD termination.”

During the follow up, it was noticed that the patients with ICD-terminated arrhythmias had higher TWA brought about by anger; as compared to the patients who did not go through future arrhythmias.

The study investigators state that the development of a non-invasive and precise test is very essential for the identification of patients at risk of fatal arrhythmias. They also believe that their findings hint at the development of various new approaches which may reduce arrhythmias by aiding the patients in effectively dealing with their anger. Having said this, they also say that a more detailed analysis needs to be conducted on the issue.

Their findings are published in the March 3, 2009, issue of the Journal of the American College of Cardiology.