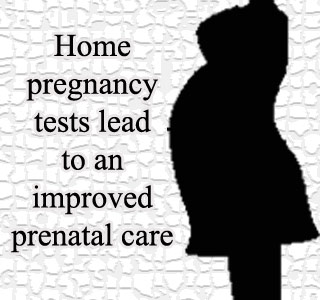 A Michigan State University study has come up with a new way of influencing women to be more aware of potential pregnancy. They say providing women with home pregnancy test kits could have a positive effect on the health of potential newly born infants.

It was discovered that women who had such pregnancy test kits at home, on suspecting pregnancy were more likely and more often would take these pregnancy tests as compared to others.

This new technique may prove to be helpful for women indulging in unprotected sexual intercourse, to keep a check on potential pregnancy which may in turn lead to better prenatal care.

The study investigators also state that pregnancy knowledge brought about a significant behavioral change in these women. Knowledge of pregnancy prompted some women to immediately put a stop to or reduce smoking, alcohol consumption and various other acts that may prove to be harmful to the soon-to-be-born infant.

The investigators say that some women don’t realize that they are pregnant in the first few weeks of pregnancy, which could unknowingly harm the health of the unborn infant. Since it is in those initial weeks that heart and brain development takes place in the infant. Thus, early pregnancy knowledge could prompt expecting mothers to take better prenatal care, which could in turn avoid the occurrence of any infant health complications.

Their findings are published in the American Journal of Preventive Medicine journal.

Hypertension drugs may increase blood pressure in some patients