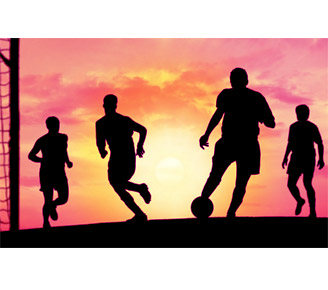 Scientists at the Yale School of Medcine have discovered that a gene related to exercise inthe brain may hold a potential cure for depression.

This research was led by Ronald Duman, professor of psychiatry. The research found that the gene works as a powerful anti-depressant in mice and also states that this could lead to a new anti-depressant drug target.

According to Duman, “The VGF exercise-realted gene and target for drug development could be even better than chemical antidepressants because it is already present in the brain.”

Prof. Duman with his colleagues created a custom microarray that showed small changes in gene expression, particularly in the areas, highly sensitive to stress hormones, depression, and anti-depressants.

They noted the brain activity of sedentary mice and those who were given running wheels. The researchers observed that the mice with wheels were running more than six miles each night in a week’s time.

Researchers found that the action of VGF gene improved drastically through exercise.

Moreover, VGF acted like a powerful anti-depressant, whereas blocking the gene subdued the effects of exercise and provoked depressive behaviour in the mice.

“This information further supports the benefits of exercise and provides a novel target for the development of new antidepressants with a completely different mechanism of action than existing medications,” he added.