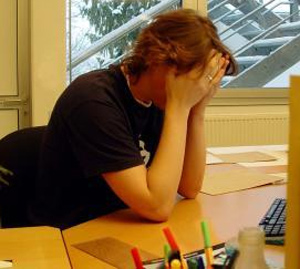 A survey conducted by vitamin supplement makers Vitabiotics Perfectil, has found that a large number of women are going bald because of their busy lifestyles and diets. The survey looked at women’s attitudes concerning health and beauty.

The survey examined over 2,000 women and the study further revealed that today’s stressful way of life has also increased acne among adults.

The study found that around 20% of British women were suffering from hair loss, while 38% of women suffer from adult acne.

Moreover, the survey found that almost 75% of women claimed that their self-esteem to be affected because of their female hair loss and adult acne.

When asked as to what could be the possible cause for such an impact on the health of their skin, hair and nails, almost half the respondents thought that their diet had the largest impact, followed by over a quarter who felt that their stress levels were mostly to blame.

“I regularly see female clients suffering form hair loss and adult acne and the fact that over a third of women have been to their GPs highlights how serious the problem is. Stress is rife in our busy lives and it inevitably takes a toll on the way that we look. There needs to be more information accessible for women on how to deal with these conditions as it is clear that they are having a serious impact on their emotional well-being, Ellis was quoted as saying.

The researchers also said that over three-quarters of women felt that there was not much information available about improving one’s thinning hair.