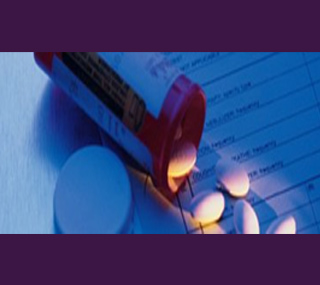 Venous thromboembolism a collective term for deep vein thrombosis and pulmonary embolism seems to be a crucial and preventable cause of illness and death. While a quarter of affected patients may die within a week, one third of survivors experience long-term effects. Patients diagnosed with nausea, vomiting and vertigo can be suggested with some antipsychotic drugs. A latest study initiated by the University of Nottingham claims that newer types of antipsychotic drugs heighten risk of developing venous thromboembolism.

Scientists analyzed the affect of these drugs on people consuming it, the type of drug employed, the effectiveness and dose involved. During the study, investigators gathered data from the UK QResearch primary care database. It included information about anonymised primary care clinical records of more than 11 million people registered at any time in the past 16 years with 525 UK general practices. The authors analyzed 25,532 cases amongst which 15,975 were with deep vein thrombosis and 9,557 were with pulmonary embolism. These cases were recorded between 1996 and 2007 in people aged between 16 and 100 years.

Authors share, “Though these findings add to the accumulating evidence of adverse health events associated with antipsychotic drugs, they should be confirmed with other data sources. If other studies replicate these findings, antipsychotic drugs should be used more cautiously for nausea and agitation etc, especially among patients at high risk of thromboembolism. Patients need information on the balance of risks and benefits of these drugs before they start treatment.”

Professor Julia Hippisley-Cox at The University of Nottingham, lead author and colleagues compared the cases with 89,491 controls. The outcome was that people consuming antipsychotics in the previous 24 months appeared to have a 32 percent higher risk of venous thromboembolism than non-users. The results were ascertained after adjusting potential risk factors. It was noted that risks were greater for new users and patients consuming the medication in the previous three months had almost double the risk.

Individuals prescribed typical rather than conventional drugs and those recommended low rather than high potency drugs apparently faced greater risks. The absolute risks were seemingly low with an excess of four extra cases of venous thromboembolism per 10,000 patients treated over one year in patients of all ages, and 10 for patients aged 65 and above. It was mentioned that in clinical practice scientists have to distinguish individuals capable of positively adopting antipsychotic treatment and those susceptible to develop side effects as a result of individual vascular risk factors interacting with antipsychotics.

The study was published on bmj.com.

Research sheds light on changing shape of Vitamin B3 in response...