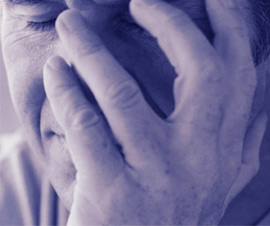 The death of a loved one can lead to your own death, says a new study. In fact, most know that the weeks and months after the death of a spouse of child is the most bereaving time ever and now this study terms this period as a very risky time for people who have to deal with such a loss.

Dutch experts who reviewed studies on bereavement in the US, Europe, Australia and other countries say that death, illness and emotional distress are more likely among the bereaved than among other people, especially in the first six months of bereavement.

According to Margaret Stroeb, PhD of Utrecht University and her colleagues, the higher death rate among the bereaved is “attributable in large part to a so-called broken heart.”

Basically, this report cites a study that found men are 21% more likely to die after the loss of their wife, while widows have a 17% increased risk.

Further, the bereaved are also more likely to have a range of medical problems and suffer from mental illnesses including depression, despair, loss of appetite and fatigue. For widowers in particular, the deterioration is health is usually associated with increased alcohol consumption and stress associated with losing their near and dear ones.

“The patterns are quite consistent, enabling the conclusion that the mortality of bereavement is attributable in large part to a broken heart, the psychological distress due to the loss,” the report said.

“Excess mortality in widowed populations is highest in the early months, and decreases with increasing duration of bereavement. Individuals who have been bereaved for a short time are at greater risk of mortality than those bereaved for longer, although raised risk might persist,” the report stated.