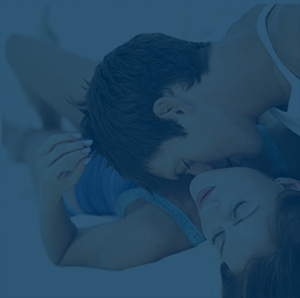 A new Web-based software program is the latest tool that researchers at the University of Minnesota are using to help fight the spread of HIV.

A team of researchers led by Joseph Konstan, a professor in computer science and engineering, and B. R. Simon Rosser, a professor in the School of Public Health, are embarking on a clinical trial this month to test a software program that aims to reduce risk-taking behavior associated with the spread of HIV and other sexually transmitted infections.

Konstan and Rosser’s research team have been working for more than five years to create computer programs that assess risks undertaken by men seeking sex with other men through online venues. The team is now testing an online intervention program designed to reduce sexual risk-taking and the spread of sexually transmitted infections.

The software program asks users questions about issues such as body image, self esteem, sexual health and risk-taking behaviors. The program then offers information about HIV/AIDS related stories. “The goal of this research is to create a genuine online experience that promotes healthier sexual behavior and encourages people to take fewer risks in sexual encounters outside of cyberspace,” Konstan said.

The research team’s work has become a multi-phased, interdisciplinary project, called the Men’s Internet Study (MINTS). The group is also partnering with a technology company — Allen Interactions — to develop the intervention techniques. Konstan and Rosser hope these trials will show that the Web-based program is effective in the prevention of risk-related behavior leading to sexually transmitted infections.

Rosser, director of the HIV/STI Intervention and Prevention Studies Program and the study’s principal investigator, said his work with Konstan formed out of a discussion on ways to stop the spread of HIV/AIDS using computer technology. In addition to research, their partnership has evolved into a teaching collaboration. The professors began teaching a new e-public health course at the university this fall, drawing students from the School of Public Health, the Medical School, the Institute of Technology and the College of Liberal Arts.

Rosser said it is crucial to use the Internet for disease prevention, because their research shows that seeking sex is the most popular use for the Internet among high risk populations, such as men who have sex with men. “If we don’t do [HIV prevention outreach] right or in a way that’s most responsive, we’re going to have a new HIV epidemic. There’s enormous urgency in addressing gaps in HIV prevention,” he added.