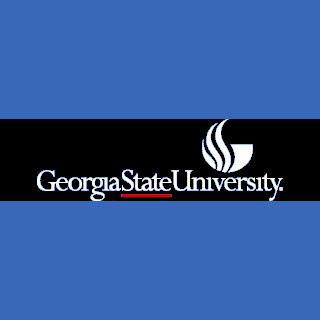 Did you know that pain in infancy may alter pain sensitivity in adulthood? Well, at least this is what researchers from the Georgia State University claim. It was alleged by them that they have apparently exposed the mechanisms of how pain infancy could change as to how the brain may process pain in adulthood.

It may be now signified that infants who apparently spent time in the neonatal intensive care unit (NICU) demonstrated changed pain sensitivity in adolescence. These consequences could have insightful repercussions and may emphasize the requirement for pre-emptive and post-operative pain medicine for newborn infants. This research claims to throw light on how the mechanisms of pain could be changed post infant injury in an area of the brain known as periaqueductal gray, which could be caught up in the perception of pain.

By means of Sprague-Dawley rats, it was observed as to why the short occurrence of pain during birth may apparently lastingly reduce pain sensitivity in adulthood. This was as per Jamie LaPrairie, a graduate student in associate professor Anne Murphy’s laboratory.

Endogenous opioid peptides, like beta-endorphin and enkephalin, may work to restrain pain. Since these peptides may be discharged following injury and act like morphine to diminish the experience of pain, LaPrairie and Murphy apparently examined if the rats, which were supposedly injured at birth, claimed to have strangely high levels of endogenous opioids in adulthood.

To examine this hypothesis, the adult animals that were injured during birth were given a drug known as naloxone by LaPrairie and Murphy. This drug may obstruct the actions of endogenous opioids. After they received the injection, they apparently performed just like an uninjured animal.

The researchers then concentrated on the periaqueductal gray region to perceive if inflammation at birth apparently changed the natural opioid protein expression in this brain area. By means of an assortment of anatomical methods, the investigators supposedly demonstrated that animals that were injured at birth apparently had endogenous opioid levels that were believed to be two times more than normal.

While it may be advantageous to reduce pain sensitivity in a few cases, it may not be good to be totally flexible to pain.

Murphy explained, “Pain is a warning sign that something is wrong. For example, if your hand is in water that’s too hot, pain warns you to remove it before tissue damage occurs.”

While there is said to be an increase in endorphin and enkephalin proteins in adults, there may also be a huge reduction in the accessibility of mu and delta opioid receptors. These receptors could be required in order for pain medications, like morphine, to function. This means that it may take more pain-relieving medications in order to offer relief as there could be lesser existing receptors in the brain.

This research by LaPrairie and Murphy is said to have major connotations for the treatment of infants in neonatal intensive care. On an average, a prematurely born infant in a neonatal intensive care unit may go through around 14 to 21 invasive procedures a day, counting heel lance, insertion of intravenous lines, and intubation. All of these procedures are believed to be rather painful and may be regularly performed without prior analgesics or anesthetics.

Murphy commented, “It’s imperative that pain be treated. We once assumed that a newborn infant is insensitive to pain, and this is clearly not the case. Even at that period of time, the central nervous system is able to respond to pain, and our studies show that the experience of pain completely changes the wiring of the brain in adulthood.”

The next steps in Murphy’s research apparently involves as to how neonatal injury at birth may change stress responses, as well as the influence of infant injury on long-term learning and memory.

This research appears in the September 2009 edition of journal Frontiers in Behavioral Neuroscience.