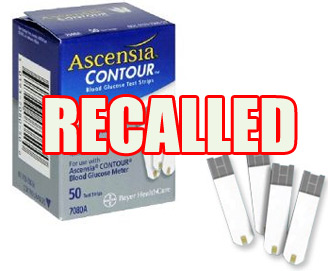 Bayer Diabetes Care, a unit of Bayer AG, has recalled its Contour test Strip which is used with its Contour TS Blood glucose meter on a voluntary basis in India, the US, Mexico, Austria and Turkey.

The reason behind this seems to be because the device gave a false reading by up to 17% higher than actual blood glucose level.

In a release, Bayer stated that the strips that are used with its Contour TS Blood Glucose Meter, had been produced on new manufacturing equipment that had not been properly calibrated.

According to Dr.Maha Taysir Barakat, medical and research director at the Imperial College London Diabetes Centre in Abu Dhabi, “The reading difference of 17% is a bit too high. The use of these strips by patients could result in ‘accurately high’ blood glucose test results that may lead to improper treatment and possible injury.”

It’s a good thing that the strips were recalled because false readings could result in diabetics giving themselves too much of insulin. Overdoes of insulin are dangerous and could also be fatal.

According to sources, the voluntary recall does not affect the Contour TS Blood Glucose Meter, the kit that comes with these strips.