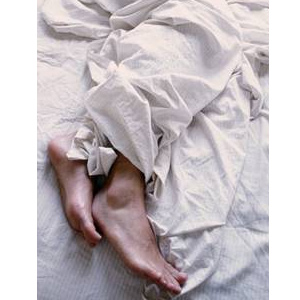 Are you one of those who have this irresistible urge to vigorously move your legs when you are not engaged in any activity? If the answer is yes, then you should most certainly see your doctor as you might just be suffering from restless leg syndrome which according to a study, it could increase the risk of heart attacks.

Restless leg syndrome is quite a common sleep disorder.

A team of international researchers has conducted a study and found that those who suffered from restless leg syndrome (RLS) are more than twice as likely as non-sufferers to have a stroke or heart attack.

According to lead researcher Dr John W Winkelman of the Harvard Medical School in Boston, “Most people with RLS have as many as 200 to 300 periodic leg movements per night of sleep. These leg movements are associated with substantial acute increases in both blood pressure and heart rate, which may, over the long term, produce cardiovascular disease.”

The team concluded this after analyzing over 3,400 people with an average age of 68. They were questioned about RLS symptoms and their cardiovascular health. It was found than 7% of women and 3% of men had symptoms associated with the condition.

Also, after adjusting their results for factors like age, body mass index, blood pressure and smoking, it was found that those who suffered from RLS were found to be over twice as likely to have heart problems than those who did not have the condition.

Dr.Winkelman was quoted as saying, “The association of RLS with heart disease and stroke was strongest in those people who had RLS symptoms at least 16 times per month. There was also an increased risk among people who said their RLS symptoms were severe compared to those with less bothersome symptoms.”