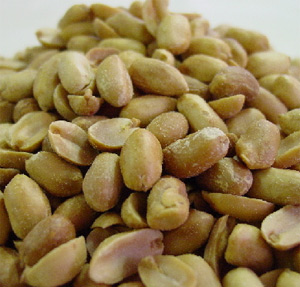 2007 saw huge advancements in the area of allergies as in December, scientists in Japan successfully managed to pinpoint allergy-triggering genes. It was also found out that children face peanut allergies at much earlier ages than before. Now, a new research suggests that infants whose family members eat a lot of peanuts could be at a greater risk of developing allergies to them.

A study for the Food Standards Agency (FSA) found that the average weekly household peanut consumption was higher in families who had children under one-year-old who later became allergic to peanuts.

The researchers said that the exposure to peanuts through the skin or even via inhalation might be a significant factor in a child’s allergy development. In fact, the FSA said that very low household consumption could even protect children with egg allergies from becoming allergic to peanuts.

Researchers from Imperial College London found that the average weekly household peanut consumption was significantly higher at 77.2g in families of children who went on to become allergic to peanuts.

This was compared to the average household consumption of 29.1g per week among families of children with no allergies.

In households where children had an egg allergy but no peanut allergy as such, the average weekly household consumption was still lower at 8.1g.

The FSA’s research summary said, “This relationship was found to be independent of the child’s own level of consumption of peanuts. These results suggest that higher environmental exposure to peanuts during early life in the families of those children who went on to develop peanut allergy, may have promoted the development of peanut allergy.”

Very low levels of household peanut consumption appear to have protected high-risk children, who were allergic to egg, from becoming allergic to peanuts, added the FSA