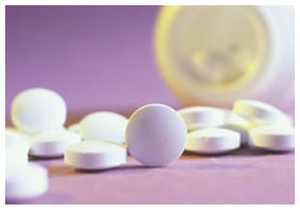 Placebo, which literally means ‘I am pleasing’, is a common treatment used by doctors all over the world only when they believe that the patient is over-concerned about an ailment and does not need a particular medicine as such.

A non-beneficial pill is then prescribed and the patient is simply made to believe that it has a curative potential. Now, a recent study has revealed that placebos are being more commonly used by doctors than they were thought to.

Around 230 doctors were surveyed at three Chicago-area medical institutions and almost half of them admitted to have made use of placebos in medical practice.

The common placebos administered by doctors included vitamins, low-dose drugs, and in some cases simple sugar tablets. Almost 20% of doctors said the pills were used to calm patients, 15% said they used placebos to satisfy patients’ unsubstantiated demands for treatment, and 6% of the doctors admitted to have used placebos to get the patients to stop complaining.

There were also a significant number of doctors who believed that placebos should never be used.

According to Researchers at the University of Chicago, the study has unveiled facts that raise ethical questions and there is a need for greater recognition and understanding of placebo use.

“It illustrates that doctors believe expectation and belief have therapeutic potential,” said Rachel Sherman, a medical student at the University of Chicago, whose study was published in the Journal of General Internal Medicine.

“I think this shows that it strikes a chord among physicians. We may underestimate the body’s natural healing potential,” she said adding that the “doctors may think that, too.”

Only 4 percent of the doctors said that they told their patients that the medication being administered was a placebo. It is quite reasonable since for a placebo to work, the patient needs to believe it is the right medication.

Nineteen percent of those surveyed told the patients that it is a ‘medication,’ while 9 percent called it ‘a medicine with no specific effect.’

The most convenient explanation is that the medication ‘may help and will not hurt’ which 34 percent claimed to be using while giving a placebo.

About one third of the surveyed doctors gave other information to patients like, “this may help you but I am not sure how it works.”