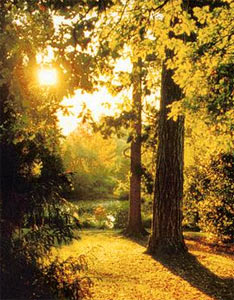 A new study conducted by researchers at the US Department of Energy’s Brookhaven National Laboratory in Norway has stated that sun exposure could help to boost Vitamin D production, thereby reducing the risk of skin cancer and other diseases in certain vitamin D lacking populations.

In spite of the fact that solar radiations particularly ultraviolet A radiations could lead to many types of skin cancer, they also happen to be a major of source of vitamin D in humans. This is because many of the body’s precursor chemicals get converted into active vitamin D in the presence of sunlight.

The study led by Richard Setlow, a senior biophysicist Emeritus at Brookhaven together with an expert on the subject looked at the link between solar radiation and skin cancer. They said that it was vital fro them to known if advice to avoid sun exposure could cause more harm than good in some populations only.

Setlow also said that the concern for such an effect is greater in populations from northern latitudes like Scandinavia, where sun exposure is very limited.

In the current study, the researchers used a model containing information on solar radiation intensity and a vertical cylinder shape to represent the human body’s skin surface in order to calculate the relative production of vitamin D via sunlight as a function of latitude, or distance from the equator.
The cylindrical model represented human body sun exposure much more realistically than flat surface exposure measurements used in previous models. The incidence of and survival rates for various forms of cancer by latitude was also observed.

“There is a clear north-south gradient in vitamin D production, with people in the northern latitudes producing significantly less than people nearer the equator, said Setlow.

Also, a clear increase in the incidence of all forms of skin cancer from north to south was seen in populations with similar skin types.

“This gradient in skin cancer rates indicates that there is a true north-south gradient in real sun exposure,” Setlow says.

It was also found that the incidence rates of major internal cancers such as colon cancer, lung cancer, and cancers of the breast and prostate also increased from north to south.

However, when the survival rates for these cancers were examined, it was discovered that people from the southern latitudes were considerably less prone to die from these internal cancers than people in the north.