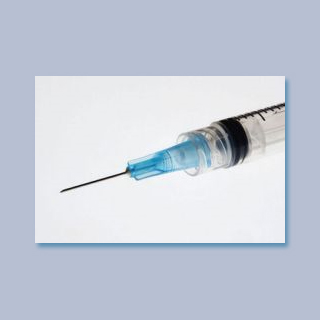 Scientists all over the world are trying to identify better vaccines and ways to deliver them. Investigators from the University of Rochester have apparently found a novel approach to enhancing the body’s response to vaccinations. Molecules put to use in diabetes drugs are affirmed to stimulate B cells in the immune system. These molecules may push these cells to produce antibodies for safeguarding against invading microorganisms.

It is predicted that low doses of insulin-sensitizing drugs can be beneficial as vaccine adjuvants. It was explained that vaccine adjuvant is a substance added to a vaccine to boost the body’s immune response. These vaccines may greatly help people with weakened immune systems that are incapable of developing an accurate antibody response. Weak immune systems can be possibly reported by some newborns, the elderly, and patients with chronic health problems that lower immunity.

At present the most widely approved vaccine adjuvant in the United States seems to be alum. Over the past 70 years, different forms of aluminum salts are possibly employed as adjuvants that are included to only certain vaccines. It was noted that live viral vaccines given during childhood and seasonal flu vaccines may not encompass adjuvants.

Phipps, a Dean’s professor of Environmental Medicine and professor of Medicine, Oncology, Ophthalmology, Microbology and Immunology, Pediatrics and Pathology and Laboratory Medicine shared, “The search is always on for new adjuvants and safe adjuvants. We are excited that we’ve identified a potentially important new and effective adjuvant.”

In the course of the research, scientists examined a protein known as PPAR gamma and its ligands. It is ascertained that the proteins ligands can be found inside B cells and play a role in inflammation. These ligands are also believed to control the properties of immune cells and cancer cells. The experts scrutinized the way B cells evolve, or differentiate which appears central to body’s immune response. The role of PPAR gamma in relation to B cell function was analyzed in detail. The scientists revealed that when B cell is activated, PPAR levels elevate.

On completion of the investigation, researchers concluded that any molecule binding to and activating PPAR gamma can improve B cell secretion of antibodies. Natural as well as synthetic PPAR gamma ligands were thoroughly scrutinized by the experts. The test enabled scientists to notice that the synthetic molecules employed in producing anti-diabetic drugs like Actos and Avandia stimulate human and mouse B cells for enhancing the production of antibodies.

A setback of these molecules may be that an overabundance of stimulation can cause the immune system to overreact. As a result, autoimmune diseases namely rheumatoid arthritis or lupus may be reported. Further investigations are initiated to understand this process in detail.

The research was published in 2009 in the Journal of Immunology.