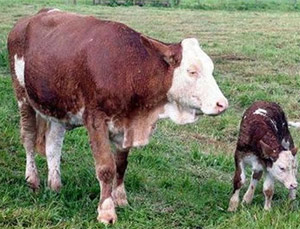 The US government has announced that milk and meat from cloned animals is safe. Within hours of this announcement, food companies insisted that they had no plans to sell such products and consumer groups confirmed that Americans had no plans or desires to eat such products.

According to academics and industry officials, the target market for cloning technology is stud farms and breeders, and not the dairy farms and cattle ranches that contribute to the nation’s food supply.

“The average farmer is not likely to clone animals. Cloning is not for standard production,” said Terry Etherton, a professor of animal nutrition at Pennsylvania State University.

Moreover, breeders are more likely to reserve the very expensive cloning techniques for their most prized studs, due to the availability of cheaper reproductive technologies.

With costs ranging from $15,000 to $20,000, cloning is not in the budget for most farmers, said Leo Timms, a professor in the Department of Animal Science at Iowa State University.

Timms added that this would be an investment that was not very likely to pat off for farmers raising animals for food. Even if consumers were comfortable wit clone encounters at the grocery store, that particular animal’s milk and meat are not worth any more than any other animal, said Timms.

According to David Faber, president of Trans Ova Gentics of Sioux Center, Iowa, which happens to be one of the two main US cloning companies, there are plenty of more affordable reproductive technologies like artificial insemination and in-vitro fertilization. The cost of producing an animal using artificial insemination ranges from $600 to $700.

Already, Viagen and Trans Ova Genetics have produced over 600 clones animals for US breeders, the vast majority of which include cattle including prize-winning cows and rodeo bulls.

Proponents say that breeding the old-fashioned way and via insemination provides another biological advantage in the form of genetic adaptation.

Now that the FDA announcement has been made, a number of ethical as well as moral concerns are cropping up.

“If you have moral objections to a particular food, or ethical objections to them, FDA’s saying, ‘Tough, you’ve got to eat it,'” said Carol Tucker-Foreman of the Consumer Federation of America, who pledged to push for more food producers to shun clone-derived ingredients.