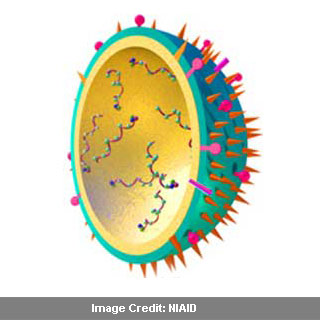 Different types of flu like the bird flu and Type A, Type B and Type C influenza virus have hit the world in recent times. The latest flu to have caused havoc in the world is the dreaded swine flu. Manufacturers are working very hard to create a vaccine which may act as a defender against the 2009 influenza A (H1N1) virus.

At the same time a Rice bioengineer named Michael Deem who is Rice’s John W. Cox Professor in Biochemical and Genetic Engineering and professor of physics and astronomy is apparently attempting to develop the process for upcoming flu seasons. The objective is supposedly to cut down the time it may take to recognize targeted flu strains and produce the vaccines for them.

Michael and his group may be using a formula which they apparently developed 7 years ago. They are using it to exactly calculate which vaccines may stop ever-evolving strains of the flu, counting the new H1N1 variety that the World Health Organization has apparently labeled as a pandemic virus.

Deem has supposedly recognized the leading epitope areas of hemagglutinin, a fraction of the virus that the immune system may be aware of, as the best applicants for comparison by the formula. Epitopes are said to be antibody generators. They may prompt the immune system to make antibodies, kill the virus and apparently be on watch against an infection which may crop up later by the same microorganism. They are claimed to be bits of viral protein the body identifies when the flu attacks.

Deem’s procedure apparently evaluates amino-acid sequences of the epitope areas of two strains of H1N1 or any other influenza A virus and notes down the differences. The lesser the differences, the more probable it is that one strain engineered into a vaccine will apparently assist in averting the other from infecting a person.

Vaccines may work by injecting weak versions of live or inactivated viruses into the body and could give the immune system caution that a flu virus with a certain epitope may assault. If a vaccine’s epitopes are a perfect match to those of the virus, it apparently should be efficient in preventing the flu from spreading into the body. But always, this doesn’t happen. Vaccines may normally contain shield against the three most possible strains of influenza A and influenza B to hit at the time of flu season. But the flu could masquerade and may develop between spring, when such choices are made, and fall, when shots are supposedly administered.

Deem commented, “The virus mutates quite a bit. Normally, when we’re doing rational drug design, we’re trying to do it against a target protein that is not changing, and we’re trying to find something that fits very nicely in the pocket of that protein. For the flu, these epitopes change. So rational drug design against one strain of the flu virus would only be useful for that one year, and then the virus would mutate the next year.”

The quantity of time between the study of flu strains and the manufacture of vaccines to fight them should be cut down, as per Deem. A technique to foresee the worth of H1N1 vaccines by calculating the antigenic ‘distance’ i.e. the amount of difference between the epitopes, for any two strains of virus was described by Deem and graduate student Keyao Pan.

Deem’s method apparently allocates a mathematical value to the antigenic distance between two strains. It apparently informs researchers as to how successful a virus might be. But it also provides a tipping point. If the value of zero is the perfect H1N1 vaccine, a value above approximately 0.4 signifies a vaccine that may not supply any shield at all.

That could mean that there seems to be a genuine motivation in creating the vaccine as close to flu season as possible. It may also mean that choosing strains of the virus may be formed in high quantities but which are also apparently as close as possible to the virus strain likely to hit. The existing procedure supposedly takes up a lot of time. The new H1N1 vaccines are apparently being protected in hens’ eggs which is the customary technique right now, and as per Deem, the United States are supposedly expecting to have 40 million doses in hand by mid-October, with 20 million doses arriving weekly thereafter.

Deem’s estimates claim to offer reason to improve cell-based approaches that could cut down manufacture time. He mentioned that in the United States, this has been recognized, and there’s investment now in new technologies. He believes that modeling has already had an impact on the World Health Organization, and this type of modeling and their model in particular will have an impact.

This research was published in the journal Protein Engineering, Design & Selection.