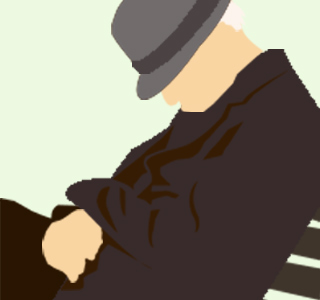 Believing that memory worsens with an increasing age may truly deteriorate the thinking ability of people as they age. This revelation was made by the experts from the North Carolina State University.

Lead author of the study, Dr. Tom Hess, psychology professor, North Carolina State University, explains this criterion by stating that, “For example, older adults will perform more poorly on a memory test if they are told that older folks do poorly on that particular type of memory test.”

Apart from this factor, the investigators also discovered that older people may perform poorly on tests if others look down on them due to their age. Hess elucidates by stating that, “Such situations may be a part of older adults’ everyday experience, such as being concerned about what others think of them at work having a negative effect on their performance – and thus potentially reinforcing the negative stereotypes. The positive flip side of this is that those who do not feel stigmatized, or those in situations where more positive views of aging are activated, exhibit significantly higher levels of memory performance.”

The study investigators further observed that the negative effects were the highest for the elderly, who had the highest level of education. Thus indicating that, the people who value their own ability to retain information seem to be sensitive to the idea regarding age-related negative stereotypes. Therefore, these people may have an increased likelihood of showing negative signs that are linked with this criterion.

The investigators have concluded by stating that due to certain social aspects, there may be a negative effect on the performance of the elderly on memory-related tests.

These findings were published online in the Experimental Aging Research.