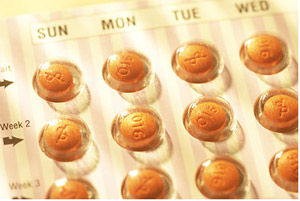 British researchers have said that birth control pills can help protect women against ovarian cancer for around 30 years or even longer after they stop taking them. The researchers also said that such contraceptives have prevented 1,00,000 ovarian cancer deaths globally.

They said that the longer women stay on the pill, the lower is their risk of developing the disease. For instance, women who take the pill for 15 years cut their risk in half.

Ovarian cancer is more common after age 50. On a global basis, the pill has already prevented 2,00,000 women from developing cancer of the ovary and has prevented 1,00,000 deaths from this disease, confirmed Valerie Beral of the University of Oxford and her colleagues.

She also added that these finding happen to offer the strongest proof regarding the benefits of the pill when it comes to protecting oneself from ovarian cancer and the fact that the protection lasts far longer than people had previously believed.

“When you are 60 it matters whether you took it for five years or 10 years in your twenties. The longer you took it, the better off you are when the risk of ovarian cancer is high,” Beral was quoted as saying.

For the research, Beral and her colleagues analyzed around 45 studies on ovarian cancer in 21 countries worldwide.

As of now, there are so many studies which have looked at the safety of the Pill, some of which suggests that it provides certain benefits while others showed a raised risk of breast and cervical cancer.

But, this latest research shows that the benefits of the pill far outweigh the risks involved.