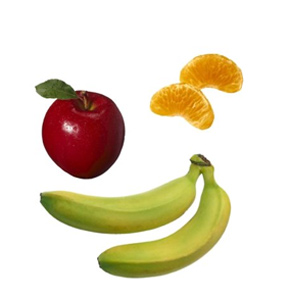 According to Chang Y. Lee of Cornell University in Ithaca, New York, apples, bananas and oranges are the most common fruits in Western and Asian diets and are important sources of vitamins, minerals and fiber.

For the study, researchers from Cornell University investigated the effects of apple, banana and orange extracts on neuron cells.

They found that the phenolic phytochemicals of the fruits prevented neurotoxity on the cells.

The study also said that from the three fruits, apples were found to contain the highest content of protective antioxidants. Bananas and oranges followed close behind.

The study on the whole demonstrated that oxidants in the major fresh fruits consumed in the United States protected neuronal cells from oxidative stress.

“Additional consumption of fresh fruits such as apples, bananas and oranges may be beneficial to improve effects in neurodegenerative diseases such as Alzheimer’s,” the authors of the study said in a statement.

The study was published in the Journal of Food Science.