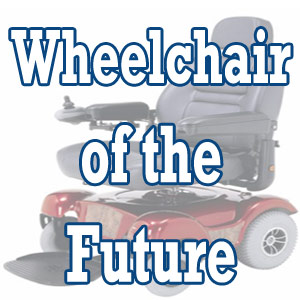 Technology has helped improve various facets of the way we live. It is only fitting that the convenience of such technology be extended to those differently able than a majority of human beings.

Scientists are currently working on a revolutionary technology that will allow those severely disabled to control wheelchairs with just a flick of their tongue. The design is said to work on a system that allows people to operate the functions of an electric wheel-chair with a series of eight flicks of their tongue.

A tiny microphone attached to the ear senses each flick and feeds it to a computer that interprets these as commands. The person can thus stop, start or turn the wheelchair with each flick.

Dr. Ravi Vaidyanathan, who heads the project at the University of Bristol states that the wheelchair system can be customized to choose tongue motions to activate each control.

This technology aims at mobilizing those disabled people who have lost functioning of lower as well upper limbs such as victims of spinal injuries and strokes.

Researchers have concluded that certain movements of the tongue proved to be definite such as touching the lower right, centre and left of the mouth as well as a flick upwards and licking of the mouth’s upper palate. These movements were most effective as commands.

To increase the range of commands while keeping them simple, researchers also included doubling each movement in quick succession in order to create four more commands. The ear attachment picks up vibrations caused by air pressure changes caused by tongue movements.