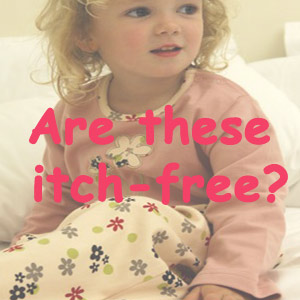 Does an irritating itch ruin your pyjama parties? Well, fret no more because yet another bunch of serious scientists and designers have come up with what we’ll call the ‘itch-free’ pyjamas.

These set of pyjamas do not itch, regulate body temperature and ensures a good night’s sleep. The lovely nightwear is produced by a fabric known as Dermasilk.

Jokes apart, these pyjamas are designed to reduce the itching suffered by people with skin disorders such as eczema and dermatitis.

Travelodge– a hotel chain came up with the idea of the itch-free pyjamas after carrying out a survey indicating what kept people awake during the nights.

The study surveyed 3,000 adults and showed that 23 percent of them suffered irregular sleep on account of itchy night clothes.

Being too hot or too cold is another common complaint with 66% people saying that their body temperature changes often throughout the night affecting their sleep pattern.

The ‘itch-free’ pyjamas will be tested by the customers at Travelodge hotels at Heathrow airport, Birmingham Fiveways, Bristol Central, Manchester Central and Edinburgh Central.