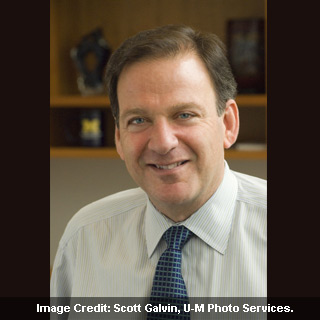 Everyday scientists seem to be discovering and inventing new things. The latest discovery is that a gene can apparently now control obesity in mice. Researchers at the University of Michigan have claimed that they have identified a gene that operates as a master switch to control obesity in mice. Even high-fat-diet mice might remain thin when the switch is turned off.

Removing the gene, called IKKE, also seem to shelter mice against circumstances, which in humans may result in type 2 diabetes. It is linked with obesity and is apparently steadily increasing among Americans, including children and adolescents.

According to Alan Saltiel, the Mary Sue Coleman Director of the U-M Life Sciences Institute, if follow-up research illustrate that IKKE may be attached to obesity in humans, the gene and the protein it makes could be major objectives for the development of drugs to treat obesity, diabetes and complications linked with those disorders.

Saltiel commented, “We’ve studied other genes associated with obesity—we call them ‘obesogenes’—but this is the first one we’ve found that, when deleted, stops the animal from gaining weight. The fact that you can disrupt all the effects of a high-fat diet by deleting this one gene in mice is pretty interesting and surprising.”

Obesity may be connected with a state of chronic, low-grade inflammation that may result in insulin resistance, which may generally be the first step in the development of Type 2 diabetes. It was shown by Saltiel and his colleagues, that by erasing, or ‘knocking out,’ the IKKE gene not only shelters high-fat-diet mice from obesity, it may also avert chronic inflammation, a fatty liver and insulin resistance, as well.

A protein kinase is apparently produced by the gene IKKE which is also called as IKKE. Enzymes that turn other proteins on or off may be protein kinases. The IKKE protein kinase seems to aim proteins which, in turn, control genes that adjust the mouse metabolism.

Knockout mice positioned on the high-fat diet did not gain weight, apparently as removing the IKKE gene discharges the metabolic brake, letting it to speed up and burn more calories, instead of hoarding those calories as fat.

Saltiel mentioned, “The knockout mice are not exercising any more than the control mice used in the study. They’re just burning more energy. And in the process, they’re generating a little heat, as well – their body temperature actually increases a bit”.

Small molecules that block IKKE protein-kinase activity are apparently now being searched by Saltiel’s team. The candidates for drug development may be IKKE inhibitors.

Saltiel remarked, “If you find an inhibitor of this protein kinase, you should be able to obtain the same effect as knocking out the gene. And that’s the goal.”

He is of the opinion that a new treatment for obesity and diabetes maybe a decade away if successful candidates are identified and drug development is pursued.

This journal was published in the journal Cell.