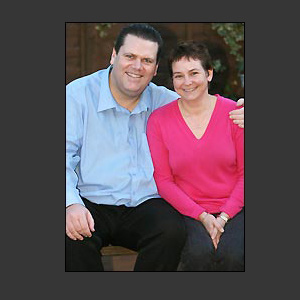 For 17 years Philip Skeates woke up every morning after 12 hours of sleep feeling tired and uneasy. He would wake for breakfast but head back to his bed at noon and at eight at night, he would head back to bed.

This erratic sleep pattern prevented him from having a normal life and his family suffered. It was his wife, Lisa, who eventually persuaded him to seek medical help.

Experts were astonished to find that Philip had the worst case of sleep apnoea ever seen in Britain. Sleep Apnoea is a relatively common condition that occurs when breathing stops or gets shallow during sleep, with pauses lasting for 10 to 20 seconds or more.

This meant that Skeates stopped breathing every 40 seconds or so during the night. He would briefly wake up, without properly regaining consciousness, and then fall back to sleep. And the process would begin over again.

Doctors found that due to this Skeates was only actually sleeping for a few seconds at a time, and for less than 15 minutes in total every night.

“Every day I would get up feeling exhausted,” he said. “I couldn’t concentrate and I was ratty with my family. I couldn’t understand it because I would fall asleep in my chair by 8pm and not get out of bed for 12 hours. But in fact I was hardly getting any sleep at all. It was miserable for me and it just wasn’t fair on my family.”

The condition was discovered when Skeates visited his GP because his snoring. His snoring was so loud that his wife Lisa, a teaching assistant and their three children were kept awake. She also became concerned at how quiet and still her husband was between the loud snoring bouts.

It was at the Great Western hospital near the family home in Swindon, Wiltshire, where his sleep was monitored and the results were startling.

Doctors found he stopped breathing 90 times an hour and was really only getting 14 minutes of sleep. The hospital immediately arranged to have a continuous positive airway pressure machine installed at Skeates’s home. It contains an oxygen mask and tube which he must wear while he sleeps. The equipment forced air into the lungs and kept the airways clear.

His snoring stopped instantly and within weeks he was feeling refreshed after just seven hours of sleep. He has lost weight and is learning to love life all over again.

Skeates said: “This has changed my life. The very first night I had it I noticed a difference the next morning. Now I wake up in the morning feeling so much more refreshed.”

Professor John Straddling, consultant chest physician at the Churchill hospital in Oxford, said there were around 300,000 sufferers of sleep apnoea in Britain though only about one in five is diagnosed.

He said: “Many GPs and primary care trusts are unwilling to diagnose sleep apnoea although it has a horrendous impact on these patients’ lives. This affects us all. Undiagnosed patients cost the NHS a lot of money as they get older, and the condition affects us all in the form of road accidents.”