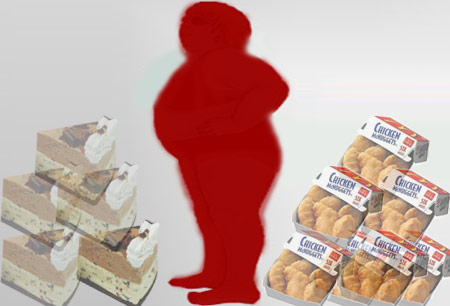 There have always been a lot of debates related to factors affecting men and semen quality. According to a study published in reproductive medicine journal Human Reproduction, fatty diets may be tied to a reduced sperm count.

Apparently, a high level of total fat consumption could lead to lower total sperm count and concentration too. One thing which needs to be noted is that the study only covered 99 subjects from the U.S. in order to draw these suspicions. So the results will need to be backed by further research in order to determine the relationship between fatty diets and lowered semen quality. Apart from the key findings, the researchers supposedly stumbled across evidence denoting that men who claimed an intake of more omega-3 polyunsaturated fats produced better sperm that those who ate less of it. The aforesaid is a type of fat mostly found in fish and plant oils.

“In the meantime, if men make changes to their diets so as to reduce the amount of saturated fat they eat and increase their omega-3 intake, then this may not only improve their general health, but could improve their reproductive health too,” cited Professor Jill Attaman, Clinical and Research Fellow in Reproductive Endocrinology and Infertility at Massachusetts General Hospital and an Instructor in Obstetrics, Gynecology and Reproductive Biology at Harvard Medical School (at the time of the research).“At a global level, adopting these lifestyle modifications may improve general health, as high saturated fat diets are known to be a risk factor for a range of cardiovascular diseases; but, in addition, our research suggests that it could be beneficial for reproductive health worldwide.”

Between December 2006 and August 2010, the researchers interrogated the subjects of the study about their diet and examined samples of their semen. The amount of fatty acids in the seminal plasma and fatty acids in the sperm for 23 of the 99 participants were measured. The men were separated into 3 groups according to the level of fats they consumed. Those who were on the highest fat diet had a 43% lower total sperm count and 38% reduced sperm concentration as compared to the subjects with the least fat intake.

Attaman and her team are still investigating how dietary and lifestyle factors impact fertility in men as well as women.