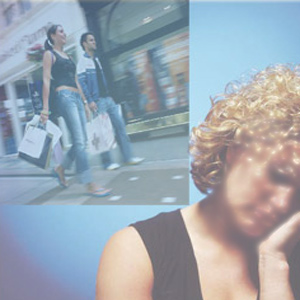 If your down and feeling blue, stay away from spending your greens. A team of researchers from four different universities including Harvard, Carnegie Mellon, Stanford and Pittsburgh studied the effect of sadness on spending patterns. They observed that people’s spending judgment is fallible when they’re feeling sad especially when they’re self -absorbed.

The so-called ‘misery is not miserly’ phenomenon is not unknown to psychologists, advertisers and even personal shoppers and has been documented before in a similar study in 2004.

The researchers found a willingness to spend freely by sad people occur mainly when their sadness triggers greater “self-focus.” This response was measured by counting how frequently study participants used “I,” “me,” “my” and “myself” while writing an essay about how a sad situation would affect them personally.

The researchers divided a group of volunteers and while one batch watched a brief video about the death of a boy’s mentor, the other watched an emotionally neutral clip about the Great Barrier Reef, the vast coral reef system off Australia’s coast.

Thirty-three study subjects – young adults who responded to an advertisement offering $10 for participation — were offered the chance to trade some of the $10 to buy the bottle. The sad group offered to trade an average of $2.11, compared with 56 cents for the neutral group.

Also observed was that the participants in the sad group insisted that the video’s emotional content didn’t affect their willingness to spend more -an incorrect assumption.

“This is a phenomenon that occurs without awareness,” Jennifer Lerner, a Harvard professor who studies emotion and decision making, said in a phone interview. “This is really different from the idea of retail therapy, where people are feeling negative and want to cheer themselves up by shopping. People have no idea this is going on.”

The researchers concluded that sadness triggers a chain of emotions leading to extravagant tendencies. Sadness leads people to become more focused on themselves, causing the person to feel that they and their possessions are worth little.

That feeling increases willingness to pay more — presumably to feel better about themselves.