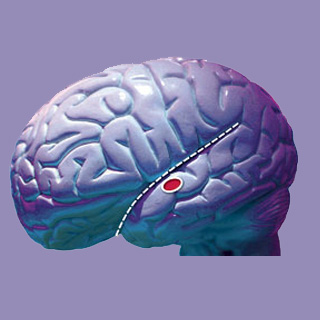 It is said that when one of the 5 senses are not functioning, then the other 4 senses may be quite efficient in an attempt to compensate. Blind people appear to have brains that are rewired to enable their visual cortex to enhance hearing capabilities. Yet they seem to carry on accessing specialized regions to identify human voices. At least this is what a study by Frédéric Gougoux and Franco Lepore Université de Montréal Department of Psychology claims.

The superior temporal sulcus (STS) is said to be a portion of the brain dedicated in detecting the human voice. With merely one spoken word, the STS may deduce the sex, age, emotional condition and social position of the speaker. Gougoux was curious to know if the blind utilize their STS to the extent as the sighted or if they outsourced this role to part of their visual cortex.

“By using their visual cortex, the blind are better than the sighted at recognizing notes, octaves and the origin of sounds,” commented Dr. Lepore, of the Centre de recherche en neuropsychologie et cognition (CERNEC), which is part of the Department of Psychology.

As part of the study, blind participants had to hear a variety of sounds varying from car horns to plain vocal stimuli with individuals uttering vowels. An MRI was utilized to gauge their brain activity. The examination verified that the blind seem to apply both the visual as well as auditory cortices to hear. Gougoux unexpectedly found that the blind apparently still use the STS to decode human voices and employ it more as compared to the sighted.

The study also seems to divulge an association between the advanced STS activation rate in the blind and their capability to differentiate vocal and non-vocal stimuli.

Dr. Lepore commented, “In addition to the transmodal specialization between the visual and auditory cortices, there is an expansion of the STS auditory zone. It is this cerebral plasticity that increases the hearing abilities of the blind. Voice recognition is a highly specialized function relying on a preprogrammed circuit just like the one used in facial recognition.”

Dr. Lepore is apparently referring to the portion of the brain, at the intersection of the temporal and occipital lobes, used in recognizing faces.

The capability to recognize faces and voices seem to have developed these parts of the brain, which could obviously be an adaptive trait of human survival.