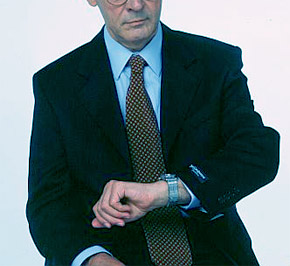 If you’ve found yourself putting off important tasks often, then perhaps you should consult a psychologist. According to a new study, you could just be suffering from a condition that can require therapy.

A team of international researchers has found that procrastinators are impatient people. In fact, they have traced a clear link between the two opposite traits which are “actually different aspects of the same condition”.

“Procrastination seriously affects our productivity at work and can cost people considerable amounts of money as they postpone work indefinitely. People don’t want to procrastinate – it is just that their impatience gets in the way. A procrastinator might work better with weekly deadlines which force him to keep up to speed, as opposed to a big deadline far in the future,” researcher Ernesto Reuben of the Kellogg School of Management said.

The researchers concluded this after designing an experiment in which MBA students have won prize money of up to 200 pounds, and have a choice of receiving payment by cheque either immediately or in two weeks.

They found that the students who were impatient and wanted to receive the prize money immediately were also more likely to procrastinate and delay encashing the cheque, even controlling for the amount of prize money.

To test their results, the team also asked the students to complete two surveys, one mandatory as part of their course and one voluntary, both with specific deadlines. They found those who wanted their cheques immediately were more likely to leave the surveys until just before deadlines.

The researchers also found an even stronger link between impatience and procrastination in “naive” students that is, those who claimed that they do not procrastinate.

Does adding diuretics to another drug lower blood pressure?