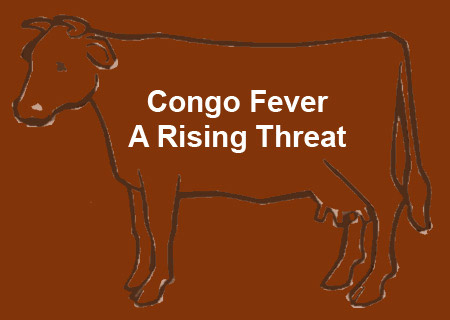 Outbreaks of lethal epidemics always disappoint seekers of sensationalism. Sure there are deaths, the infectious agent is exotic and without cure and elements of mystery as to its source. But the situation never really reaches cinematic proportions. In real life, the scientists are never as shutter-friendly as the ones in movies. The army seldom needs to be called in. And there are no riots. What a bummer!

The news channels and news papers do their bit to make it scintillating. But words like ‘isolated cases’ and ‘wait and watch approach’ have to be used and the disease fades away soon. What it all works out to in the end are numbers. Diseases that get most attention are the ones that affect a large number of people, or better yet, claim the highest number of lives. These, by extension, represent the biggest market. So, drug research is also oriented towards these diseases. After all the noise surrounding ‘swine flu’, investigation is now on to ascertain whether the disease was blown out of proportion to serve vested interests of healthcare providers. With world population at 7 billion, numbers and probably decide the importance of such ‘outbreaks’. Sad but true.

The most recent in this series is the current Congo fever scare. The name is exotically news worthy. There is some air of mystery around the mode of its current spread. Three deaths have been reported in Ahmadabad but the samples have turned out to be negative. The thing about probability is its 100 percent real if it happens to you. So let us take a quick look at what you need to know and precautions you can easily take.

What is Congo fever?

In case of such diseases, the names are often misleading, as we have seen in the feature on swine flu. Like swine flu and plague, it is a zoonosis. These are infections that are confined to animals but sometimes jump to humans in close contact. This can happen during wild game hunting or in slaughter houses and other farm-related industries. Congo fever is caused by a virus of the Nairovirus family. It is carried by ticks; commonly ticks of the species Hyaloma. The tick is found on cattle and other pet animals and birds but not dogs and cats. It feeds on the animal’s blood whilst releasing the virus and laying eggs into the animal’s blood stream. It rarely bites humans. But those in close contact with animals are at risk.

Flu-like symptoms set in 2-3 days after insect bite. In case of infection due to contact with blood or other infected animal tissue, symptoms may take a few more days to appear. Fever accompanied by headaches and abdominal pain is seen. Rashes due to bleeding into the skin and nose bleeds are also seen and these should alert you. In infected animals, the disease rarely manifests itself. But once infected, human beings do not have high chances of survival. The mortality rate according to WHO is 30 percent. It means 3 out of 10 people infected do not survive. No medication or vaccination exists for this disease. Mortality purely rests on our body’s immune response.

The correct way to diagnose this disease is via essay of antibodies present in the blood in response to the pathogen. Alternately, a virus culture may be done to isolate and identify the infective agent itself. But seeing as in how a person may die in 10 days of getting infected, such tests do not hold much practical value for treating a particular case at hand. With patient history, manifested symptoms and news as his guide, a doctor can admit a patient, ideally in quarantine.

As mentioned, no specific medication exists. Only supportive treatment for preventing other infections (opportunistic infections) and palliative treatment for enhancing immune response can be administered. Blood or its components have to be transfused in case of severe hemorrhage (blood loss).

What can be done?

As mentioned earlier, the numbers are too low to cause panic. However, apart from the disease in itself, other problems can emerge. Since there is no cure for the virus, containment efforts are focused around controlling the spread of Hyalomma ticks. This is a tedious process as all animals even at slight risk need to be covered. The animals are sprayed with disinfectants and brushed to make the ticks fall off. The fallen ticks then have to be destroyed by pesticides or burning. This is a very tedious and messy process and puts veterinarians and animal handlers at great risk. The disinfectants and pesticides can seep into milk, meat and other products. Unlike chickens during swine flu, cattle cannot be culled en-masse. It would be a disaster. But there are simple changes one can make to ensure safety:
Change to pasteurized milk from fresh milk. Fresh Milk from cow/buffalo sheds is not pasteurized. One only needs to imagine milk being drawn by bare hands admist all the flies and insects. Pasteurized milk is much safer and easier on the pocket. The quality is consistent. The extra creaminess that ‘fresh milk’ has is best avoided. Skimmed milk is also easier to digest.

The virus is called Crimean-Congo hemorrhagic virus. It causes bleeding, from gums, internal organs, into the skin, blood passes in urine and stools. In the first few days, mood swings and sensitivity towards light are observed, not unlike rabies. A few days after this, the patient will stop being active and go in to depression. Liver damage to the extent of palpable localized pain is observed in one week’s time. This is definitely not a good way to go. Knowing what we said about probability, do consider the precautions we have discussed.