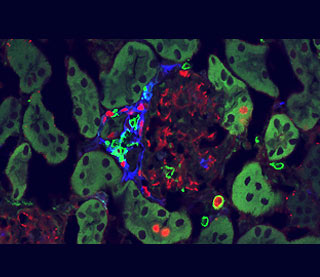 When a patient is suffering from lupus disease, the immune system probably begins to attack healthy cells and tissues. Yale University experts claim that dendritic cell play a crucial role in systemic lupus erythematosus or SLE and can be a potential therapeutic target for the ailment. It is known that dendritic cells initiate the immune response to pathogens, but its involvement in autoimmune diseases is apparently unclear.

It is believed that dendritic cells play a localized role in lupus tissue damage. Mark Shlomchik, Professor of Laboratory Medicine and of Immunobiology and senior investigator and colleagues assert that targeting these cells can help treat lupus and other autoimmune diseases as well. Dendritic cells can presumably create the same effects in a variety of other autoimmune diseases too.

The research was published in the December 16 issue of the journal Immunity.