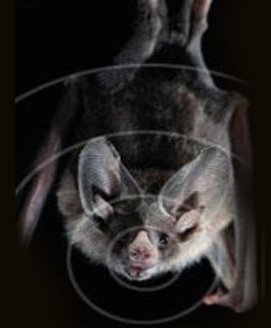 Now, blind children in Britain will be taught a revolutionary echo-location technique which mimics the way bats make their way in the dark. This is being done in an effort to assist blind and visually-impaired children in visualizing their surroundings.

This technique is being piloted in Glasgow and involves ten children aged 5 to 17, being taught by staff from the charity called Visibility.

The technique involves the visually impaired children building up a mental library of images of the world around them by clicking their tongue and interpreting the sound as it echoes back. This technique is used by bats, dolphins and even whales to find their way and hunt in the pitch darkness.

Echo-location, as this technique is sometimes referred to, actually pioneered in the US. Blind people were successfully able to differentiate between trees, building and parked cars solely by the pitch and timbre of the echo that they produce. Further, people were able to determine the height, shape and density of objects are far as 100 feet away.

Further, studies in recent times have shown that blind people can use their advanced hearing to understand reflected sound as the distance, size and density of objects around them.

Moreover, pediatric ophthalmologist Professor Gorddon Dutton has offered full support for this technique and hopes that it will be taught to the 3,80,000-odd blind and partially-sighted people in Britain.

“It’s very exciting. I have seen echo-location being used; it’s quite stunning. Of course there will be skepticism and doubt, but the benefits are without question. It will make a massive difference to the lives of the blind and visually impaired people,” he was quoted as saying.