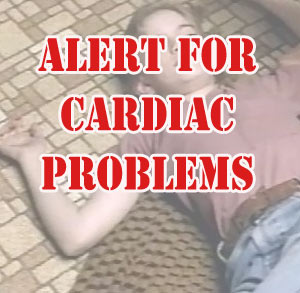 We often dismiss fainting as a sign of temporary weakness,. However, doctors have warned that it could be an important symptom indicating an acute heart problem.

“Fainting may or may not have a serious medical rationale, but it might just hurt the person and in such a case it is advisable for patients to seek immediate diagnosis by a doctor,” said Ashok Seth, chairperson and chief cardiologist at Max Healthcare.

“The failure of the electrical system of the heart as well as the blockage of the arteries may be some reasons behind fainting. And for those who may have suffered heart problems previously, fainting can also cause complications that may even lead to death,” Seth explained.

According to doctors, almost one in 10 people who are brought to the hospital suffer from a cardiac problem.

Umesh Gupta, senior cardiologist at Gurgaon’s Umkal Hospital, further explained: “Irregular or rapid heartbeats can trigger syncope (the medical term for fainting). It can also signify inflammation of a heart muscle that affects the pumping of the heart and weakens it. So, the body reacts to the decreased blood flow to the brain by fainting.”

According to experts, while people suffering from chest pain, shortness of breath, blurred vision and slurring of speech must seek medical help; so must those who suffer from frequent bouts of unconsciousness.

As a precaution, doctors suggest that heart patients must take immediate medical help if they feel drowsy and faint.